James and Thibaud Aronson report from Australia, where they went to study desert trees and on-going restoration efforts.

Australia’s deserts are like no others, we found. For one thing, they have tree canopies galore and a range of habitat types that one would not expect when looking at the generally flat topography. And they are vast. Australia’s ‘dry country’ occupies 60% of its area, or more, depending on your sources, that is roughly 5 million square km (1.9 million sq mi) or over half the size of the continental US.

These huge regions stand on red or white sands with outcrops of granite, and other subtle but marvelous geomorphological jewels, and hide deep reserves  of iron, copper, bauxite, uranium, and of course, gold.  For two naturalists from the northern hemisphere, it’s like a candy shop: endless skies and landscapes, intriguing animals, and such an array of unique Gondwanan plants.

Very striking indeed was the remarkable diversity of trees in areas with less than 400 mm (12 in) mean annual rainfall, which is our rough and ready cutoff point for the book we are writing on dryland ecosystem restoration, with Edouard Le Floc’h. At present count, we will include at least 400 species of Australian trees, roughly a quarter of the total number of desert trees species, worldwide. But even more striking was the sheer amount of biomass in those trees and the extensive canopies they form, despite the infertile soils and highly unpredictable rainfall. 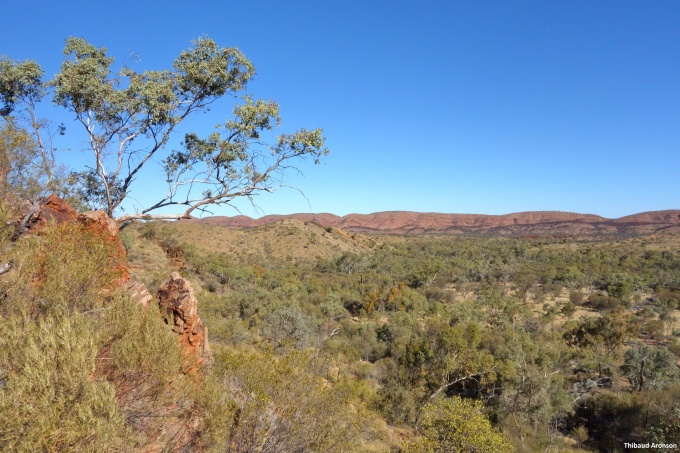 There are few mountain ranges, perennial rivers, and drainage systems, and yet, regardless of the scale of observation, arid and semi-arid Australia is remarkably heterogeneous. These deserts are also host to a wide array of beautifully adapted animals, including the remarkable “roos”, which come in all shapes and sizes, the blue-tongued lizards, and many more. 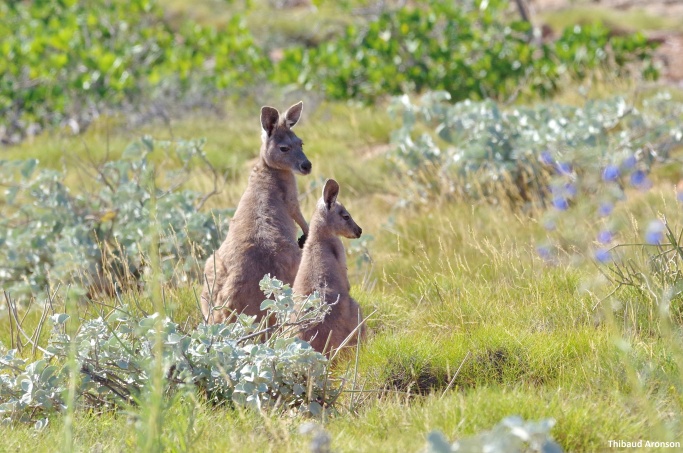 Galah (Eolophus roseicapilla). This cockatoo is a nomadic inland species that has greatly increased its range as a result of human land use changes. Fraser Range station, Western Australia.

One of the key areas we visited was where the desert meets the South-Western Floristic Region, which has one of the highest plant diversities on the planet, and is the only biodiversity hotspot in Australia.

This area is characterized by a large number of granite outcrops which act as fire barriers and constitute highly diversified, humid habitats with mosses, ferns and other surprises. Most remarkably, they host a significant number of both terrestrial orchids and sundews, a type of carnivorous plant, two groups we’ve never seen in arid areas anywhere before. 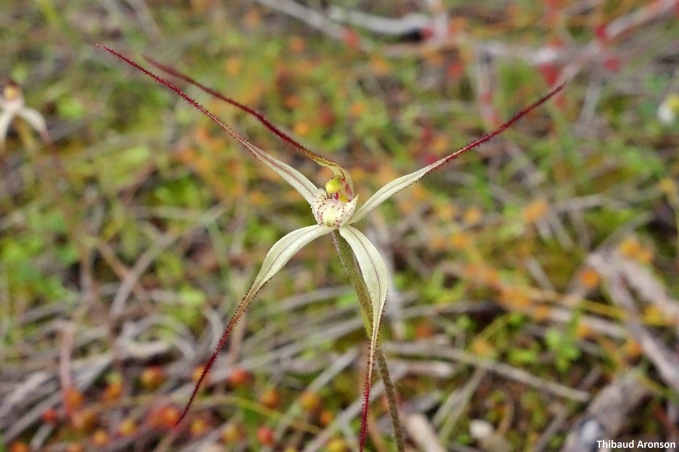 This area is what Stephen Hopper – one of the most eminent plant scientists in Australia – calls an OCBIL , an acronym for Old, Climatically Buffered, Infertile Landscapes,  describing the relatively few places on Earth that for a very long time have not been rejuvenated either by orogenesis – mountain formation – or glaciation. This leads to very poor, infertile soils. Southwestern Australia, is one such place, and one that is under threat as well, given the huge pressure from the mining industry, wheat growers, pastoralists, and a government administration that seems to only think short-term.

In our next post, we will discuss a defining, and problematic process of Australian desert ecology, namely fire.