Matthew Fagan is an assistant professor in Geography and Environmental Systems at University of Maryland Baltimore County. Here he describes the challenges confronting countries as they attempt large-scale forest restoration, and why many countries will need help to fulfill their goals. For more information, read his new, open-access paper in Conservation Letters.

Degraded and deforested landscapes are widespread, and tropical forests are being lost at a rate of 15.8 million hectares a year. But there is good news—temperate forest area is increasing, and more and more countries are voluntarily pledging to restore vast tracts of degraded land. Restoring forests benefits biodiversity and society, and can combat global warming as well, as growing trees lock away carbon dioxide.

International interest in restoring trees to landscapes emerged out of policy discussions last decade, and resulted in the 2011 Bonn Challenge and the creation of voluntary national restoration targets by many countries. The Bonn Challenge seeks to bring 150 million hectares into restoration by 2020, and 350 million hectarees by 2030 (that’s roughly 700 million American football fields, 350 million rugby fields, 500 million FIFA football fields, or an area a bit larger than India).

All that area voluntarily committed to restoration got my co-authors and I excited, but also skeptical—were countries really going to follow through on their commitments?

A rain forest blow-down in northeastern Costa Rica, with a storm-downed tree cut to clear a path. Silviculture restoration promotes the recovery of disturbed forests like this one. Photo credit: Matthew Fagan.

To try to answer that question at this early stage, myself, Leighton Reid (Virginia Tech), Maggie Holland (UMBC), Justin Drew (UMBC), and Rakan Zahawi (University of Hawaiʻi at Mānoa) asked three related questions in a recent paper in Conservation Letters.

We then set to gathering published information on country commitments and progress, and recent national rates of forest loss, agricultural expansion, and forest recovery.

All of these programs seek to reforest landscapes in ways that benefit both nature and people, including options like natural regeneration (letting natural forests recover and expand), silviculture (interventions to restore standing forests, like preventing forest fires and promoting recovery from selective logging), tree plantations (often tree monocultures to produce timber and pulp on degraded lands), and agroforestry (planting trees on and around farmland to shade crops or protect streams and fields). These options are not all equal in their benefits for biodiversity, carbon, and society, but a diverse menu of options allows countries to consider committing to at least some form of restoration over large areas. 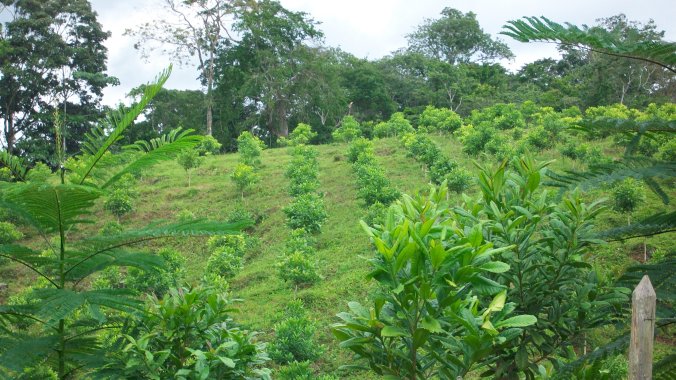 A tree plantation in northeastern Costa Rica funded by the national payments for environmental services program. It is a monoculture of a single native species, Vochysia guatemalensis, grown for timber. Photo credit: Matthew Fagan.

In a nutshell, what we found was both discouraging and encouraging.

First, after adjusting for the size of a country and how much restoration they had done previously, we found that less-developed countries committed more land for restoration. This might be for positive reasons; for example, they may be taking proactive action against the greater risk they face from climate change. Or it might be because they underestimated how challenging it would be to achieve a large pledge.

Silvopastoral restoration, a type of agroforestry, in northeastern Costa Rica. The understory is a cattle pasture, while the overstory is plantation of a native tree species, Dipteryx panamensis. Photo credit: Matthew Fagan.

Third, countries made massive individual commitments that will be hard to achieve without wholesale transformation of their food systems. One third of countries committed >10% of their land area (with a maximum of 81%, in Rwanda). A quarter either committed more area than they had in agriculture, or committed more area than they had in forest. And one quarter of countries had more forest loss and agricultural conversion in 2000–2015 than their restoration commitment for 2015–2030.

Coffee plantation under tree cover, a type of agroforestry, in central Costa Rica. The understory is a monoculture of coffee shrubs, while the overstory is scattered planted trees. The partial cover helps the shade-loving coffee plants stay healthy, but many coffee farmers are moving away from this traditional farming approach. Photo credit: Matthew Fagan.

As noted in our paper, “If voluntary commitments like the Bonn Challenge fail to precipitate meaningful restoration across large areas, the UN’s vision of a sustainable future will become less attainable.” But what this study found is not countries that have failed on their restoration pledges. We are still in the first days of the UN Decade of Ecosystem Restoration. What we have identified is countries that will need help to restore their lands.

We believe it is time for the international community to step up and aid all countries in achieving their restoration goals. To quote Thoreau, “If you have built castles in the air, your work need not be lost; that is where they should be. Now put the foundations under them.” 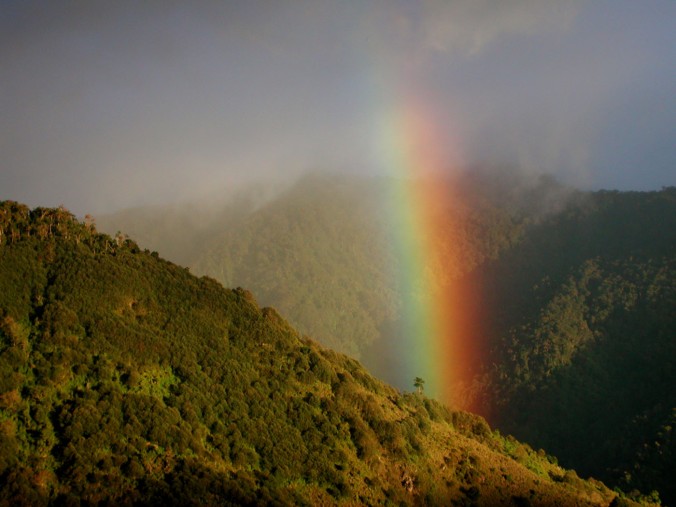