Damaged ecosystems don’t recover overnight, but sometimes that’s all the time that they get. CCSD scientist Leighton Reid describes new research about tropical secondary forests in southern Costa Rica, including how long these young forests last, what’s at stake, and how we can keep them around longer.

Regrowing tropical forests on marginal farm lands is one of the main ways that humans can prevent runaway climate change. With ample moisture and long growing seasons, tropical trees often can grow quickly and pull large amounts of carbon out of the atmosphere, storing it in their wood and keeping it from trapping heat. At the same time, young forests provide habitat for plants and animals and improve water quality for humans, among many other benefits.

But even in a moist, tropical climate, trees don’t grow instantly. Typically, it takes many decades for a recovering forest to stock up all of the carbon that it can hold. And it can take even longer for some plants (like orchids) and animals (like antbirds) to return. If a forest starts to grow back, but then someone cuts it down again, these time-dependent benefits never accrue.

To find out how long secondary forests persist, I teamed up with Matthew Fagan, a landscape ecologist at the University of Maryland Baltimore County, and Rakan Zahawi, director of the Lyon Arboretum, as well as two students, James Lucas at Washington University and Joshua Slaughter at UMBC.

We studied a set of historical, aerial photos from southern Costa Rica, which covered the time period from 1947-2014. Previously, Zahawi and colleagues had classified which areas in each photo were forest and which areas were farms or other non-forest land uses. By comparing the maps they made for each year, we were able to see where and when new forests appeared and how long they remained as forest before they were converted to some other land use (mostly farms).

First, the bad news. Twenty years is not even close to the amount of time it takes for a young forest to become as diverse as an old-growth forest. For example, vascular epiphytes like orchids and bromeliads take more than 100 years to fully recover in young forests.

Carbon storage will also take a hit. If forests elsewhere in Latin America are as ephemeral as forests in southern Costa Rica, then carbon stocking over the next thirty years may be reduced by an order of magnitude.

Ephemeral forests could just be a problem in Costa Rica, but another study shows that secondary forests in eastern Peru have even shorter lifespans. There, secondary forests are cleared at a rate of 3-23% per year. Compared to that, the 2-3% per year rate of loss in southern Costa Rica is considerably better. And that’s not a good thing. Clearly we need more research on secondary forest persistence from other places.

There is some good news, though. Even though many new forests were short-lived, the ones that survived were predictable. And if we can predict where new forests will survive, we should also be able to help them survive longer. Larger forests and forests close to rivers were cut down less often than small forests and forests far from rivers. This suggests that restoring large, riparian forests could be a smart investment. 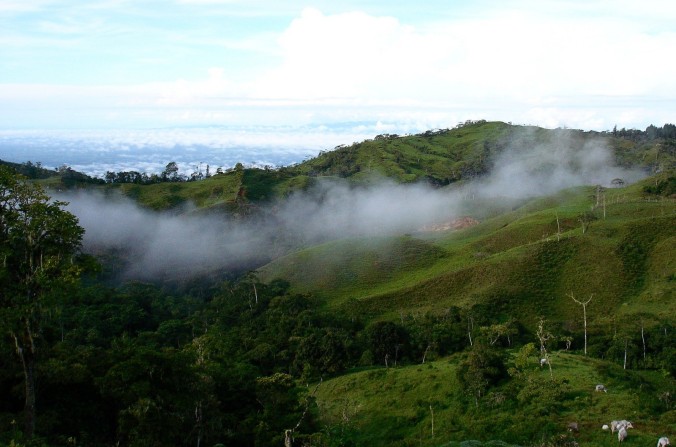 Governments and other organizations can also help forests persist by creating incentives for long-term forest management, providing resources to enable long-term management, and ensuring that local people will be able to enjoy the benefits that old forests provide.

We hope that this work will lead to stronger restoration commitments. Right now, dozens of countries are setting big targets for forest restoration. For example, in 2012 Costa Rica committed to restore a million hectares of degraded land by 2020 (an area about one fifth the size of the country). There is a great opportunity for Costa Rica and other ambitious countries to plan for long-term forest restoration. 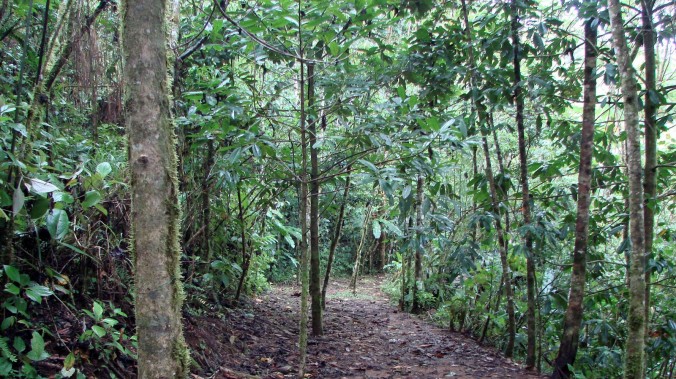 A trail through secondary forest at the Las Cruces Biological Station in southern Costa Rica. Photo by J. Leighton Reid.

For more information on this research, you can read our open-access paper in Conservation Letters or watch a video of Leighton Reid presenting to the Association for Tropical Biology and Conservation back in June. Additional papers on restored ecosystem persistence are available here and here. This work is a product of the PARTNERS (People and Reforestation in the Tropics: a Network for Research, Education, and Synthesis) Working Group on Spatial Prioritization. Funding was provided by grant DEB-1313788 from the U.S. National Science Foundation’s Coupled Human and Natural Systems Program.