What happens to Missouri’s grasses and forbs when you remove invasive shrubs? When you return prescribed fire to a degraded woodland? How do restoration impacts differ for summer-blooming plants and spring ephemerals? For dry hilltops versus mesic hollows? These are a few of the questions that we hope to address with a long-term dataset from Shaw Nature Reserve. 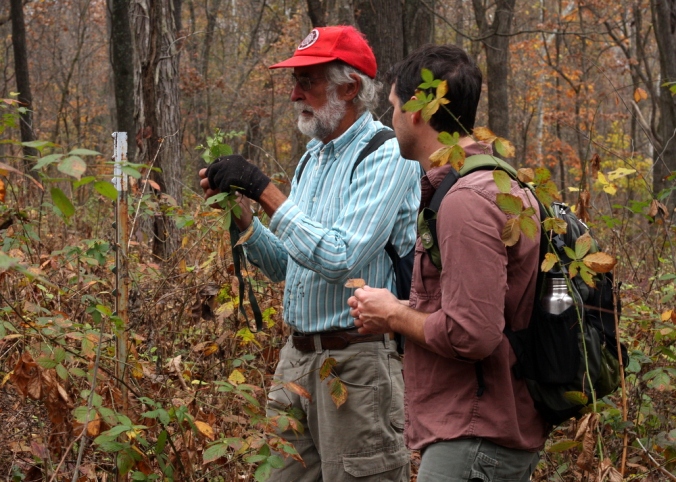 Shaw Nature Reserve encompasses 10 km2 of woodlands and glades along the Meramec River in eastern Missouri. Missouri Botanical Garden purchased the land in 1925 when coal pollution in Saint Louis was so bad that it was killing plants; the garden decided to move its collections to the country where the air was pure. Ultimately the city cleaned up, the collections stayed in Saint Louis’s Tower Grove neighborhood, and the property along the Meramec became a nature reserve and popular hiking area.

Like other ecosystems in the Missouri Ozark foothills, Shaw Nature Reserve changed considerably during the last century. Fire, once a regular disturbance, became scarce, allowing junipers to crowd in on the glades. Invasive species, like Amur honeysuckle, spread into the woodlands and created dense, understory thickets. 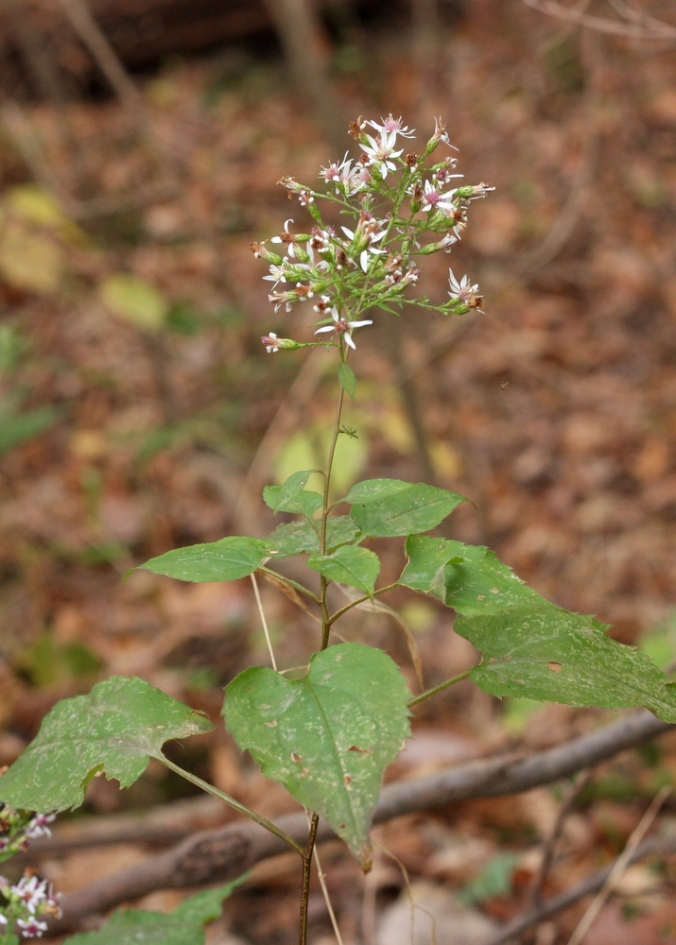 In 2000, restoration ecologist James Trager and botanist Nels Holmberg designed a study to monitor restoration effects on herbaceous vegetation. Holmberg surveyed 30 transects twice per year from 2000-2012, recording the abundances of more than 360 plant species. Restoration in this area started in 2003, so the first two years of Holmberg’s transects represent a pre-restoration baseline against which we can compare data from the subsequent decade. 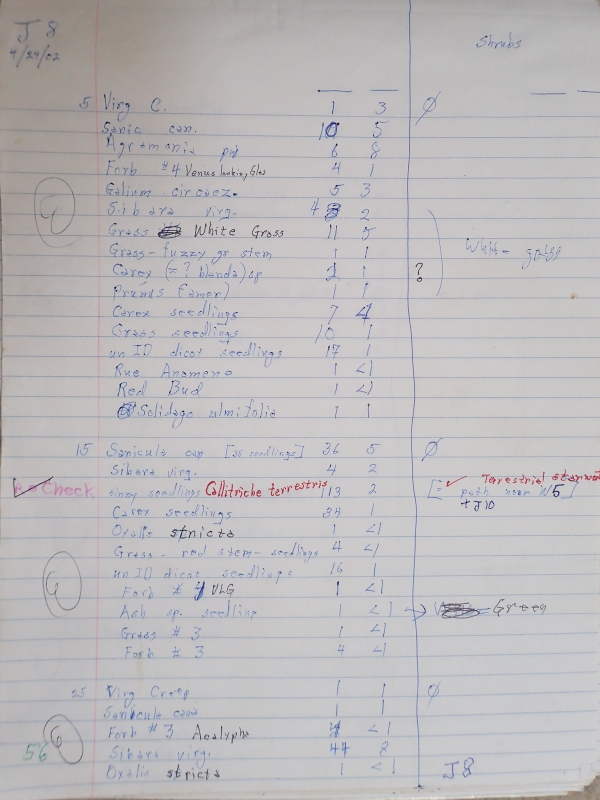 Holmberg’s dataset contains more than 50,000 rows. Thanks to Christian Schwarz for digitizing them!

Holmberg’s transects transposed on a 1995 aerial photo of Shaw Nature Reserve – zoomed in on the Dana Brown Woods. This photo was taken in early spring before most trees leafed out. Dark vegetation is predominantly eastern red cedar (Juniperus virginiana). Holmberg originally grouped the transects into three classes based on the dominant vegetation. 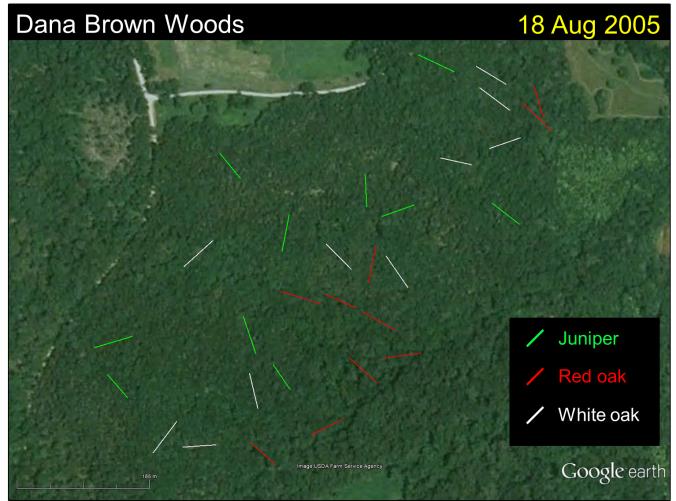 Juniper clearing began in 2006. This is what the summer-time forest looked like the year before…

…and after juniper clearing. By 2006 the Dana Brown Woods had been burned twice with prescribed fires, and a lot of the junipers had been cut out. Compare the open/brown areas in this photo with the solid green canopy in 2005.

Our plan for 2016 is to analyze changes in understory vegetation composition over twelve years. Stay tuned for more information in this ongoing project!

One thought on “Vegetation changes at Shaw Nature Reserve”