James and Thibaud Aronson, and Edouard Le Floc’h, are working on a book on lost and regained tree canopies and ecological restoration in desert and dryland regions of the Earth. Here is their second report from Baja California, Mexico in March 2015.

In our last posting, we described Guadalupe Island and the NGO “Group for Ecology and Island Conservation” or Grupo de Ecología y Conservación de Islas (GECI), which is doing fine restoration work on more than two dozen Mexican islands since 1995.

After spending a week on Guadalupe Island, with Luciana Luna and Julio Montoya of GECI, Luciana and Antonio Alcaraz accompanied us to cross the bumpy and still quite remote Central Desert, which includes 77,700 square kilometers (30,000 square miles) of some of the most beautiful desert in the world.

We crossed from El Rosario, on the Pacific coast, to Bahia de los Angeles on the coast of the Sea of Cortez, also known as the Gulf of California. This is the enchanted subtropical desert that Joseph Wood Krutch described so memorably in The Forgotten Peninsula based on his visits to the region in the late 1950s, when “Baja” was still incredibly difficult to visit and almost no scientific work had been undertaken.

Our focus of course is on trees, of all sizes and shapes, including the “queer, queerer and queerest” as J. W. Krutch called them, including the Boojum tree, known in Spanish as cirio. We are also keenly interested in the animals that use them, including birds, bats, and invertebrates. 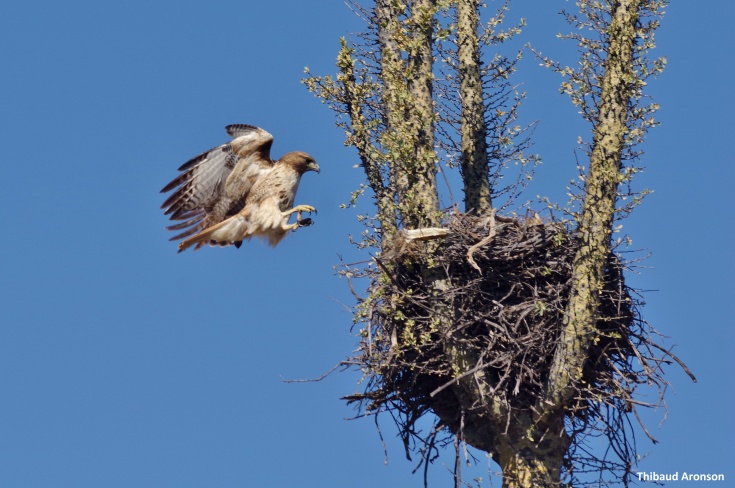 The spectacular desert palm trees merit our full attention as well, of course, wherever they still occur in washes, or arroyos. 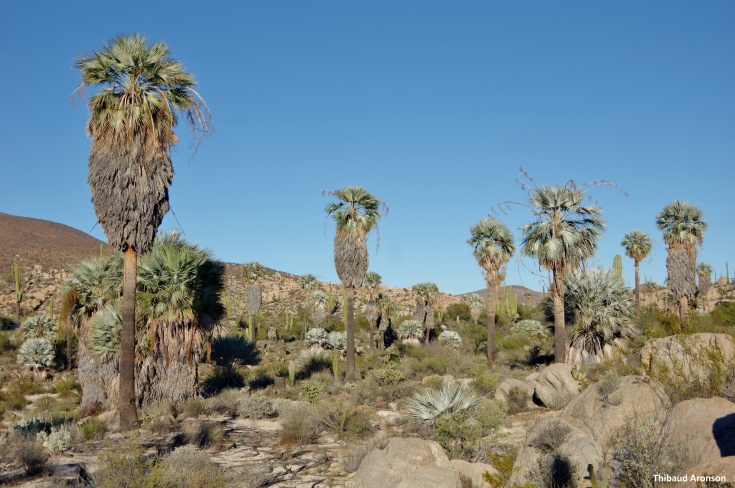 Mexican fan palm (Washingtonia robusta) and the blue fan palm (Brahea armata) in an arroyo at the entrance of Cataviña, Baja California.

Also the giant cacti, which we consider as trees of a special kind, not only because of their height and longevity, but also because of their multiple ecological roles in the desert canopy.

Large stand of cardón, or elephant cactus (Pachycereus pringlei), mixed with Boojum as a “Forest”, between Punta Prieta and Cataviña, Baja California.

But, we wonder, where are the large hardwood trees that formerly contributed to the gallery or riparian forests canopies, judging from historic records? Where are the mesquites (Prosopis glandulosa) from which so many roof beams and kitchen tables were made, and the incredibly hard-wooded Ironwood?

Both species were heavily over-used in the past for firewood and charcoal production as well as construction wood, but Ironwood also appears to be surprisingly sensitive to drought and can die suddenly. In much of Baja California, except on the islands, what is left in the canopy is the softwoods, of little or no energetic value, such as the charming but soft-wooded, swollen-trunked elephant tree, often growing with columnar cacti, and the boojum.

The take-home message is this: let us never forget the forest for the trees, in the compelling and urgent context of desert and dryland restoration.

Daniel Pauly’s Shifting Baseline Syndrome is more than ever relevant nowadays, not only to fisheries but also to the restoration of desert canopies. If we want to get serious about restoring desert and dryland ecosystems, we have to imagine what the canopies – however spatially constricted and reduced in diversity they are today – could have looked like 100 years ago, and think how they could look 100 – 300 years from now.

2 thoughts on “The Desierto Central of Baja California: past, present, and future.”